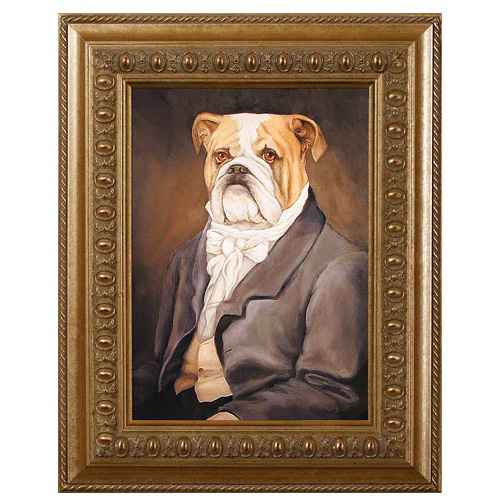 These magnets are make great English Bulldog gifts, particularly for those with a fondness and nostalgia for the Yale University mascot named Handsome Dan.

Hang this fun depiction of Handsome Dan, Yale mascot on your refrigerator

I make my magnets with ultra premium glossy paper and 30 mil magnets… that’s a little stronger than your average magnet, so they’re great at holding paper on a fridge. They’re 3×4″, and they’re hand made. The packaging makes they great for gifting as is. And I send them out quickly, almost always within 24 hours. I ship by way of USPS without tracking. I get lots of reviews raving about how fast they arrived. And how cute they are, too.

The tradition started in the late 1890s. A Yale student, Andrew Graves, bought and  a Bulldog, and named him Handsome Dan. The dog followed him everywhere, including to sports events. When Andrew graduated, Handsome Dan stayed at Yale with Andrew’s brother, William. It became a regular event that Dan had to cross the field before a football or baseball game could begin. It is reported that a favorite trick of his was to “Speak to Harvard”, at which point he would “bark ferociously and work himself into physical contortions of rage never before dreamed of by a dog”. The original Dan met his maker in 1898, and Andrew had him stuffed so he could remain on display in the old gymnasium at Yale. He’s still there. But the tradition continues, and Yale still has a Handsome Dan as a mascot; Handsome Dan XVIII. Over the years, the mascots have looked different, and each contributed to the institution in their own way. . You can see what the world looks like according to Handsome Dan XVII here.

This is the original Handsome Dan. My Handsome Dan portrait is not of any particular dog, but a representation of the long, Yale tradition held by the English Bulldog breed. For this very important dog, we raise our voices and sing “Bulldog! Bulldog! Bow, wow, wow, Our team can never fail”. 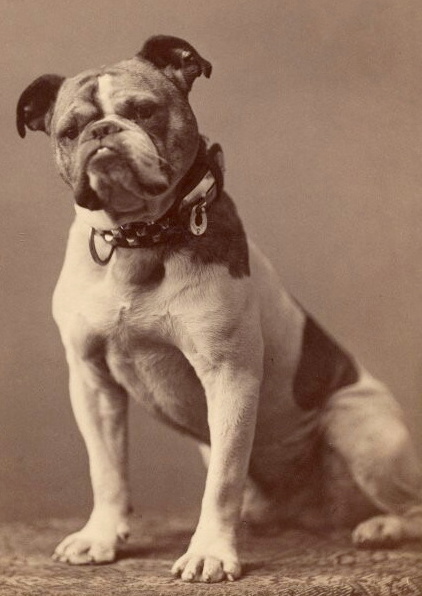 Bogus Bunsen Bean is hard at work packaging magnet orders. He's trying hard to be employee of the month 'cause there's treats in it for him.