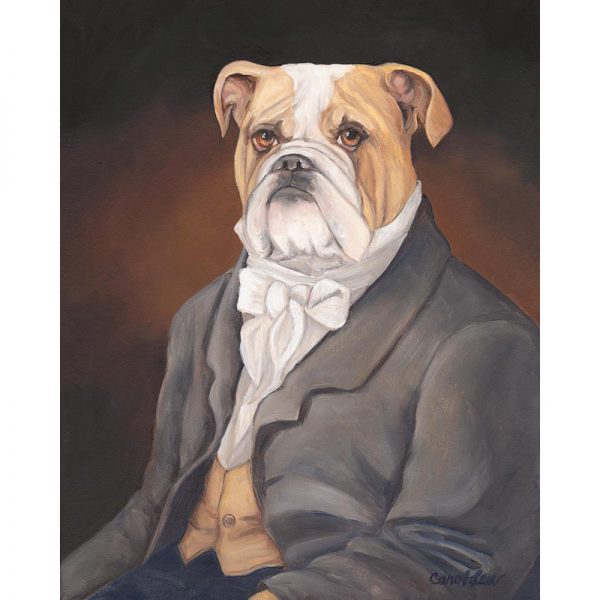 This artist’s depiction of handsome Dan, mascot of Yale University is a fitting, dignified piece of British bulldog art with a sprinkle of humor.

If Handsome Dan, wore clothes, they would probably be something like this

He's a dignified fellow to hang on your wall

This portrait was inspired by the Francisco de Goya portrait, by Vincente Lopez. When I saw this portrait, I thought “Bulldog!!” Converting human subjects into animals is the way my brain is wired now. In the original painting, the subject holds a palette, and he looks quite serious about his art. Though our friend Bullworth is not a painter in his portrait, he still looks quite serious.

My other inspiration for this portrait was Handsome Dan, mascot of Yale University’s sports team. Since 1889, Yale’s mascot has been an English Bulldog, a new one being graced with the title “Handsome Dan” when the previous one died or retired. The dog who started the tradition was bought by a Yale student named Andrew Graves and called “Handome Dan”. After Andrew graduated, Dan stayed on campus with Andrew’s brother, William. Before football and baseball games began, Dan was led across the field, starting a tradition that passed down to generations of Dans. The current mascot is Handsome Dan XVIII. To me, clothing Handsome Dan, Bulldog extraordinaire, seems appropriate.

Take a look at the world according to how Handsome Dan sees it. 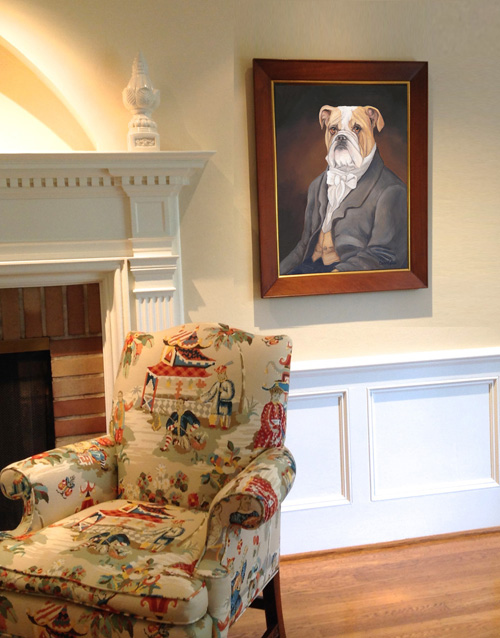 Old World Pet Portraits are a combination of dignified, yet silly; Serious, but at the same time, ridiculous. They fit well in elegantly decorated living spaces, especially in wide, ornate frames. It’s a fun way to show the importance of animals in our world…. to elevate them to a position usually reserved for very important people.

Absolutely delightful! At about 1:00 am I couldn't sleep, so I went to check if anyone got the mail in my family. They did not so I got to see the glory that was these little prints all for myself. And I love them! I already know I want a painting done. Thank you for this absolute joy!
Phoneix B. CEO 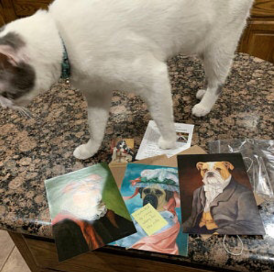 You can read up on how the paper and canvas prints are made and shipped here.

Follow this link if you need help thinking about what kind of print to purchase.