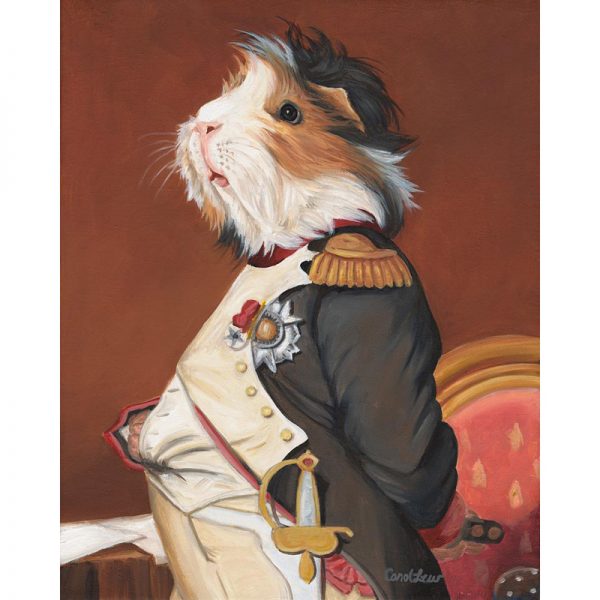 If you’re looking for presents for guinea pig lovers you know, or guinea pig art for your own home, this fellow is a great choice.

This guinea pig artwork is at the same time classic, elegant, and absurd.

At least that's what I was going for

Our Guinea Pig friend fancies himself to be Napoléon Bonaparte, the well-known French military and political leader. The portrait calls to mind several quotes from Napoléon himself: “You cannot lead a battle if you think you look silly on a horse.” And “There is only one step from the sublime to the ridiculous.”

It can be a fun family pastime to create stories around these portraits. Perhaps this Guinea pig was the ancestor of one of your family pets. He fought valiantly on horseback against his enemies, and was victorious. He and his piggy solders ravaged the countryside of the lands they had conquered. They took all of the valuables;  lettuce and cucumbers that had been grown by the farmers. The peasants were left to eat dandelion leaves to keep from starving. His luck turned later, and he met a fate he deserved. But that’s another chapter; one for you to write!

Here are a few fun ways you can learn the real story of Napoleon. This 3 minute animated story .sums it all up. Or watch this leggo reenactment of the battle of Waterloo, which ended Napoleon’s reign as Emperor.

If you’re looking for gifts for Guinea pig owners, this print would be a hit. Especially if you personalize it by adding your own Guinea pig tale to go along with it. Make up an ancestry story that connects it to your giftee’s Guinea pig. For as little as $9.95, you can give a meaningful, memorable present to someone who loves their piggies. 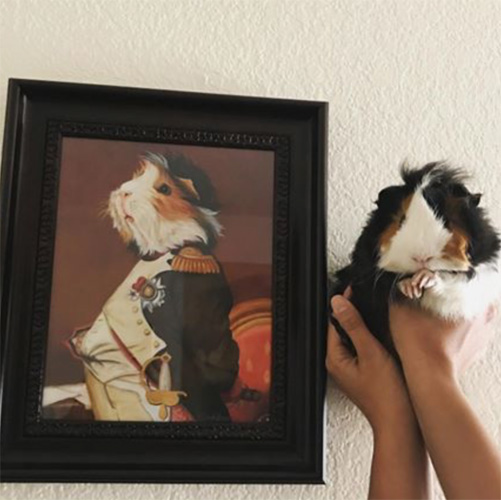 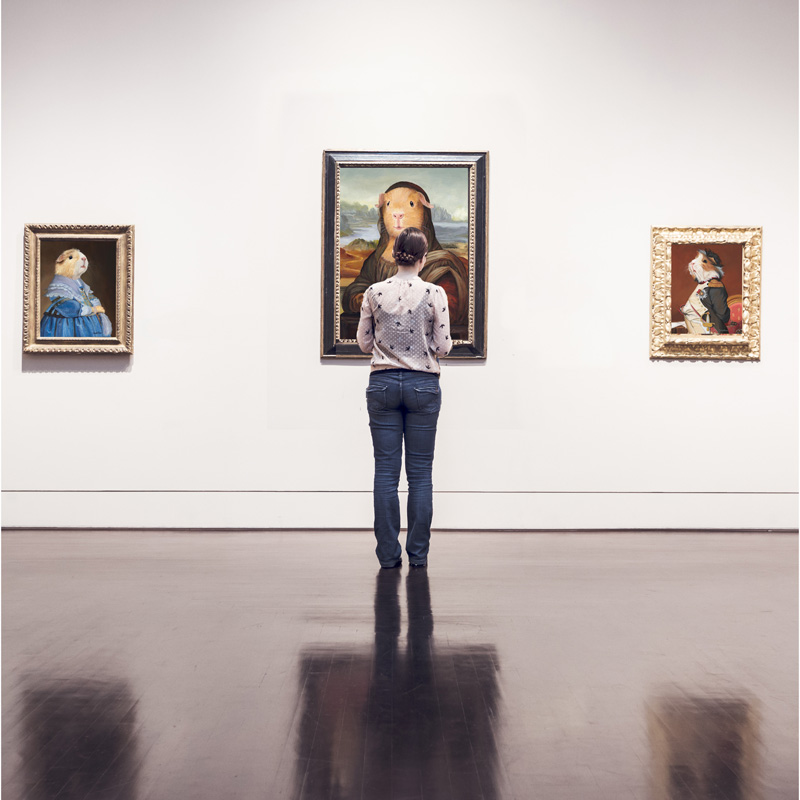 Thank you! This was the perfect gift. Our parents loved it. Can't wait to see it displayed in our family room.
Katy E. Etsy Customer
Completely amazing! It was wrapped amazingly! 10/10 would purchase again.
Emily M.Etsy Customer
We love this little guy, and he hangs in our living room.
Wendy C.Etsy Customer
Previous
Next

You can see information about how the prints (both paper and canvas) are made, and how they’re shipped on the Print Category page.

I can help, if you need a little advice on what kind of print to choose, and how to hang it.