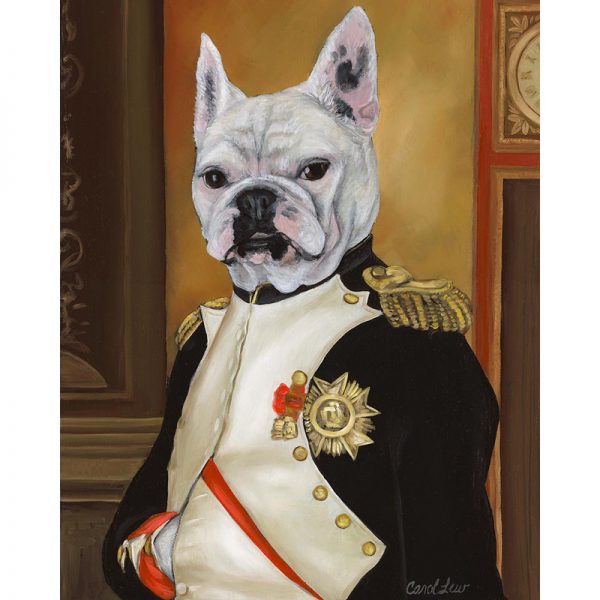 This French Bulldog Art Print  (available as both a French Bulldog canvas print and paper print) is the cutest spoof on Napoleon artwork you’ll likely ever see.

You've seen portraits of Napoleon Bonaparte before, but this is one you'll want for your home... if you're a French Bulldog lover.

Here’s the quintessential Napoleon artwork. Napoleon is in his classic stance with his paw tucked in his shirt. This French Bulldog is elevated to the status of Emperor. And what better animal to depict the French Emperor than a French Bulldog? We’ve poked a little fun at Napoleon at the same time. I think my portraits are most fun when the original historical portrait is recognizable like this one is.

This Frenchie portrait was created for a French Bulldog who owns his own winery. Don’t believe me? There’s a film about how how he took possession of the winery from his person. That’s Jean Charles Boisset, proprietor of Raymond Vineyards in Napa Valley. James Knight wrote his own version of the story, published at Bohemian.com 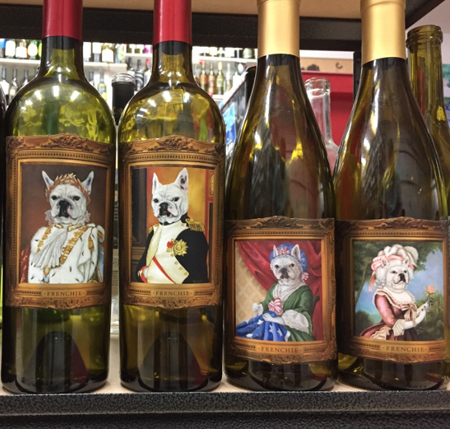 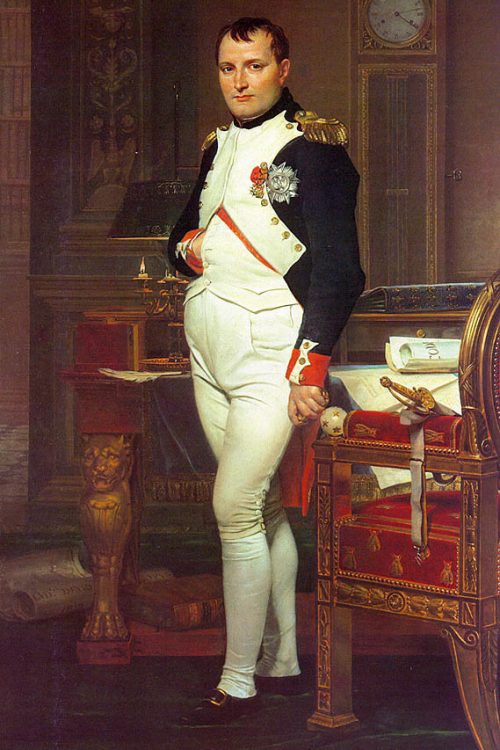 This is probably Napoleon’s most well known portrait. It was painted in 1812 by Jacques Louis David. It shows the Emperor in his uniform, standing in his palace study. Soooo, what was up with that hand tucked in his shirt? Many of his portraits show that same pose. It was actually a fashion of the time, and considered a sign of good breeding.

Napoleon was an interesting character. You’ll know all of the most striking things about him from this 3 minute video.

You can read about how the paper and canvas prints are made and how they're shipped.

What kind of print should I order and how would I hang it? I can help you with that. It's not hard to hang artwork. I'll show you how.