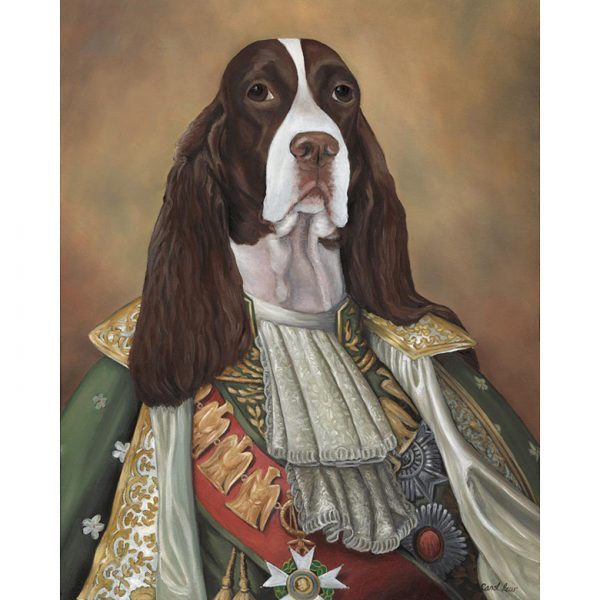 James, Westminster 2007 best in show winner, is a Springer Spaniel wall art print. This noble example of the breed is a lovely bit art for your home.

This dog, Felicity’s Diamond Jim, is about as royal as an American dog can get. He was the winner of Westminster, 2007.  For this portrait, his owners picked a royal outfit appropriate befitting this top dog. 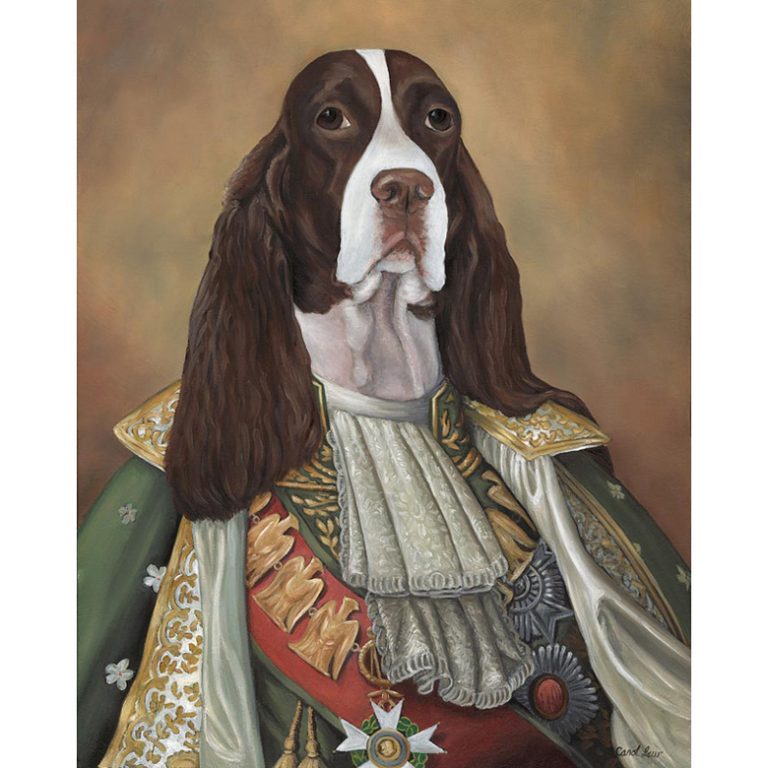 After winning Westminster, James went on to become a therapy dog. He helped his person raise money for pet therapy organizations, and other causes such as alzeimers’s disease and cancer until he passed away in 2011 at the age of eleven. 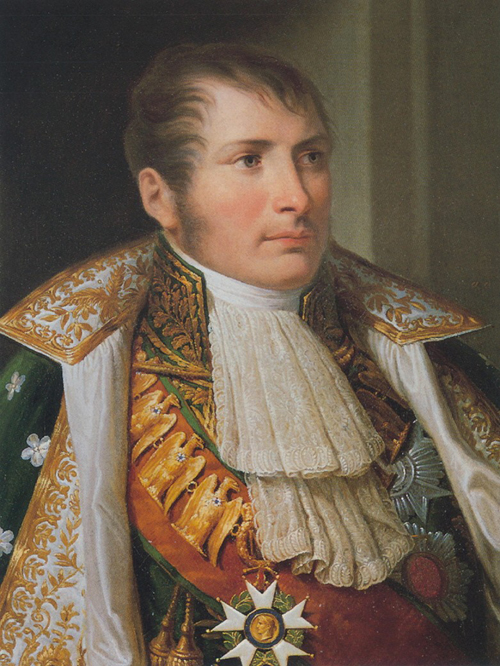 This portrait was painted by Andrea Appiani in 1820. He was known as “First Painter” for the King of Italy, Napoleon I.  This portrait looks very similar to a portrait of Napoleon I, but Eugène was the king’s adopted son (Josephine was his mother).

In 1805 he was appointed, at age 23, to the position of Viceroy of Italy. It was a tumultuous time. By the year 1814, Napoleon’s reign was over, and Eugène had fled to Bavaria. There he received the title of duchy (duke) and lived happily until he died of a cerebral hemorrhage at age 42.

It’s an interesting bit of history. Most of all, I think this portrait is perfect for a handsome dog.

Here's where you can find out how and where the canvas and paper prints are made, and how they're shipped.

Follow this link if you need help with choosing and hanging a print.