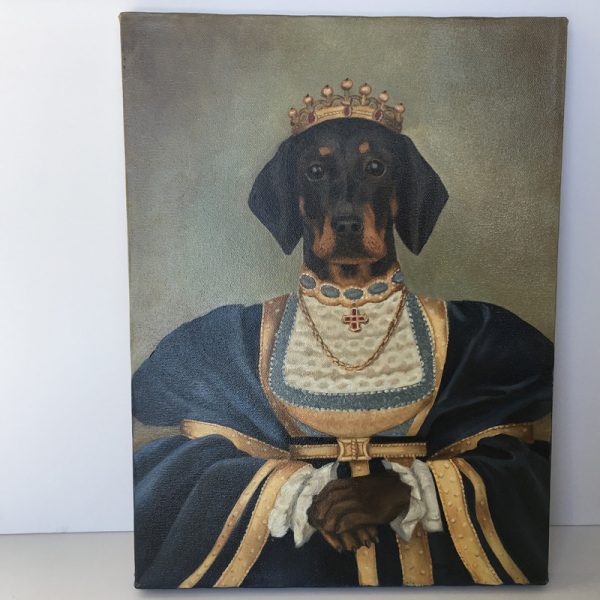 Decor for a home where the animals are treated royally

This 12×16″ Dachshund portrait has a pretty interesting history. In 2003, It was the feature painting in an exhibit at the Springfield Quadrangle, a magnificent group of buildings housing museum collections. The exhibit was called “Reigning Cats and Dogs”. It included beautiful pieces of sculpture and paintings that were centuries old, but this portrait of Queen Margaret fit the bill when it came to promoting the entire show. She was front and center on all of the promotional literature, and a banner of her flew above the entrance to the main building. 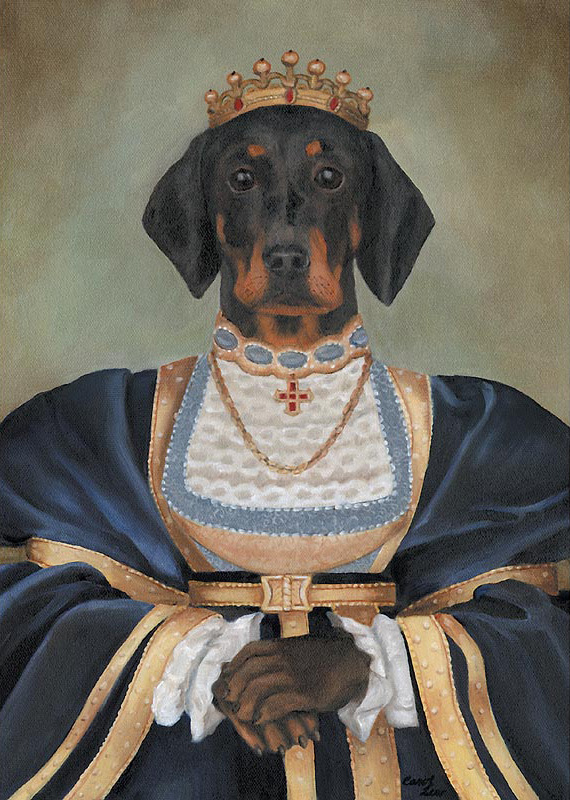 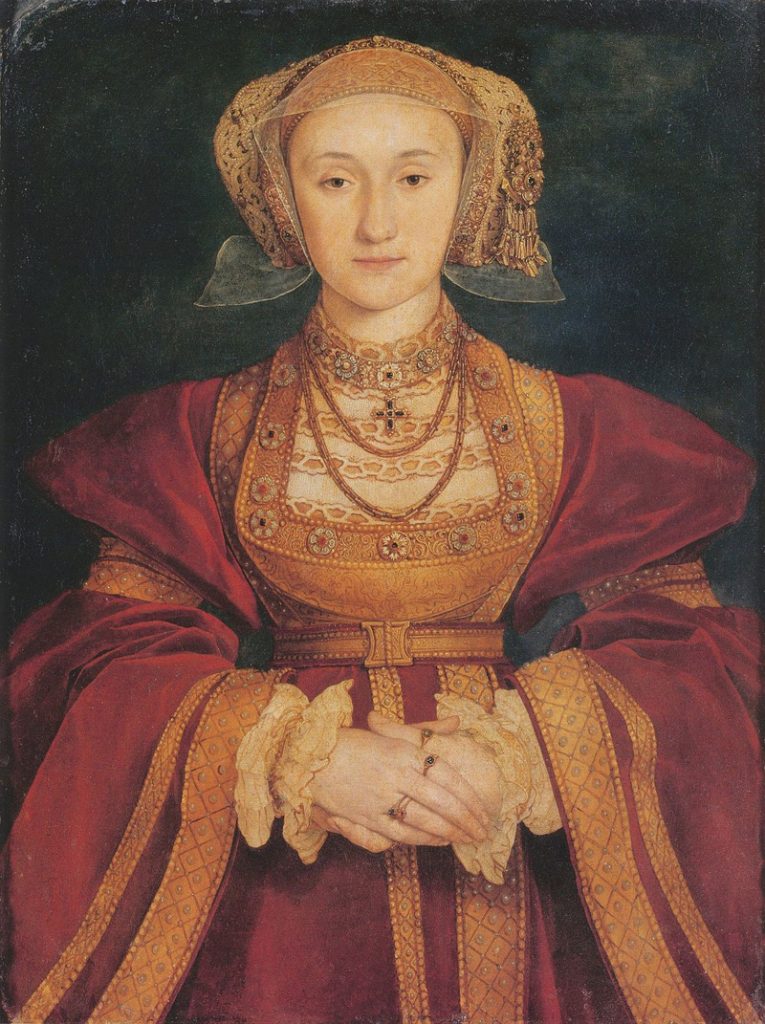 There’s also a history behind the historical portrait I used as my inspiration. Anne of Cleves was the fourth wife of Henry VIII, and only held that post for seven months in 1540. She was luckier than most of Henry’s wives in that she left the annulled marriage with a hefty settlement and more importantly, her head. Given that photography would not be invented for quite a few centuries, portraiture was the avenue Henry used to see what Anne looked like before he committed to marriage. He sent Hans Holbein the Younger to Germany to paint Anne and her two sisters with instructions to NOT exaggerate. Seeing the portraits, Henry thought he might like Anne so he began plans to marry her. Upon seeing her though, he complained “She is nothing so fair as she hath been reported.” The betrothal took place nonetheless because the political consequences of reversing marriage plans would have been dire. But Henry never could get over her appearance and, being king and all, was able to get the marriage annulled.

Free Shipping in the USA!