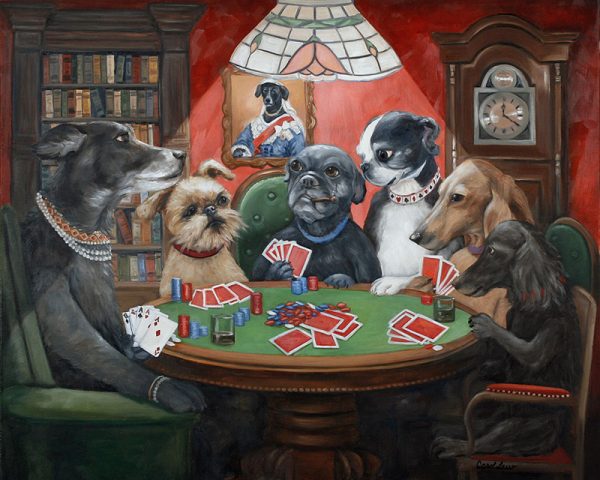 My poker dog print motto: If you’re gonna play the game boy, you gotta to learn to play it right.

Dogs Playing Poker art is perfect for a game room or any room you want to express your whimsy.

This poker dog print is my take on the famous Dogs Playing Cards art painted a century ago. Even now a century later, dogs at a poker table  bring to mind the painting series by Cassius Marcellus Coolidge. 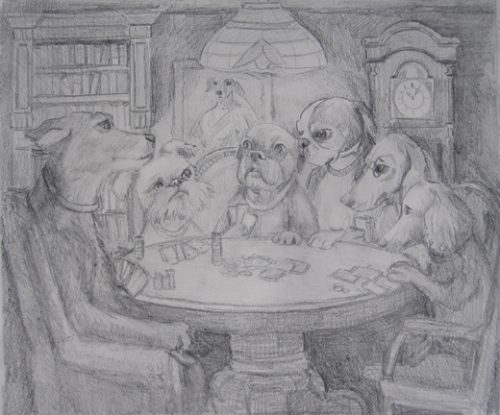 I suppose that when your job involves anthropomorphizing pets it was only a matter of time before I would be commissioned to create a painting involving dogs playing poker. These particular six dogs already have individual portraits, and they’re hanging at Parker Beiling’s Veterinary Hospital. To be honest, I resisted this kitschy theme for a long time, But I’m having a blast doing this one. Parker took oodles of photos of her dogs so I had great reference material to help me create a tense moment in a late night poker tournament. 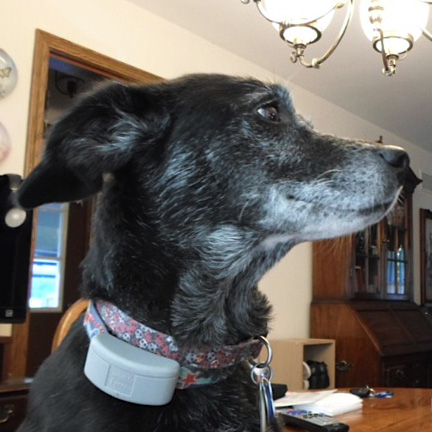 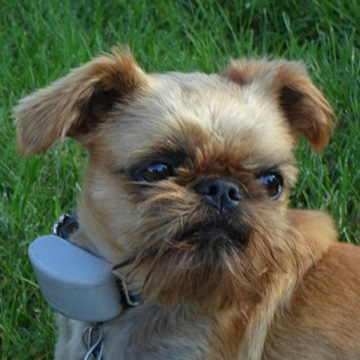 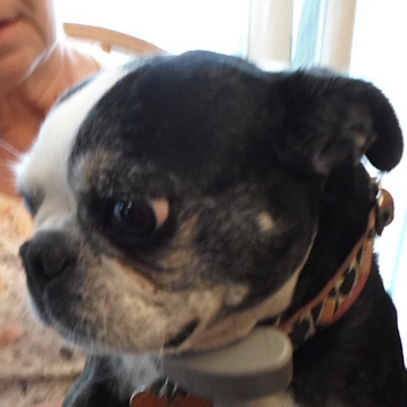 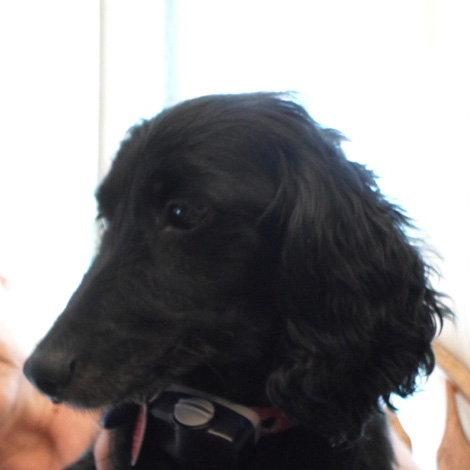 Almost everyone recognizes Dogs Playing Poker, by Cassius Marcellus Coolidge; the painting of seven dogs sitting around a table, smoking cigars, drinking, cheating. But in reality, he painted eighteen of them. The series was called Dogs Playing Poker, and the most familiar one, painted in 1894, was called A Friend In Need (which refers to the bulldog lending an Ace to the poker  buddy next to him). Critics never thought of Coolidge’s paintings to be real art, but people loved them, and still do. On April 1 2002, the director of the Chrysler Museum of Art in Virginia sent out a press release claiming he was trying to acquire the paintings for the museum. It was a joke, but the director admitted that he always liked them.

Think this is all just a fanciful idea? Nope. Dogs DO play poker. Check out this game. 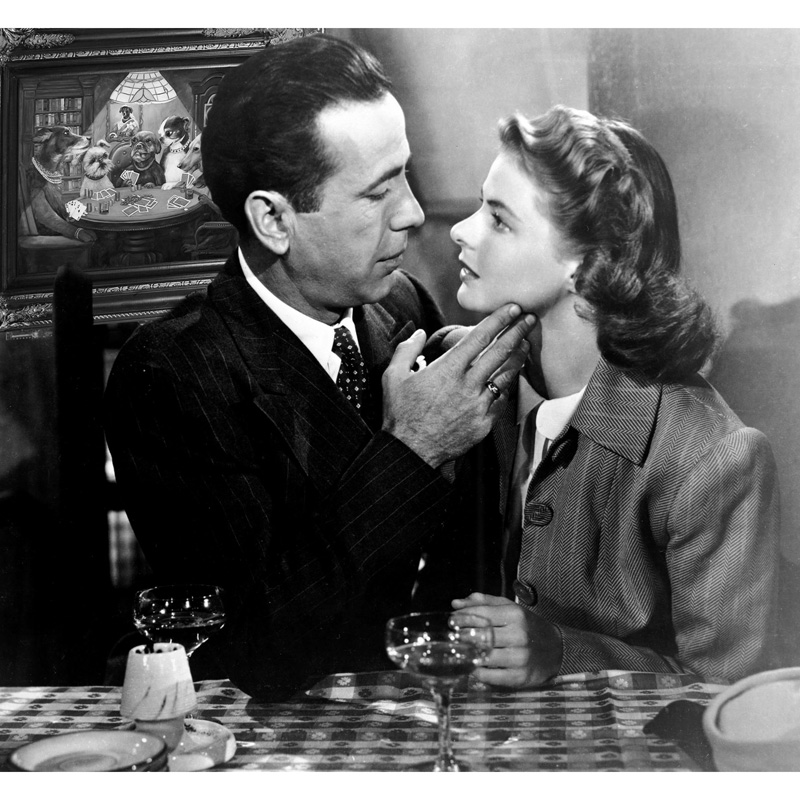 The thing is, if you don’t have a sense of humor, you’re probably at the wrong website.

Here's how the canvas and paper prints are made and shipped.

Need a little advice deciding on size or whether you should get a paper or canvas print? I can help with that.